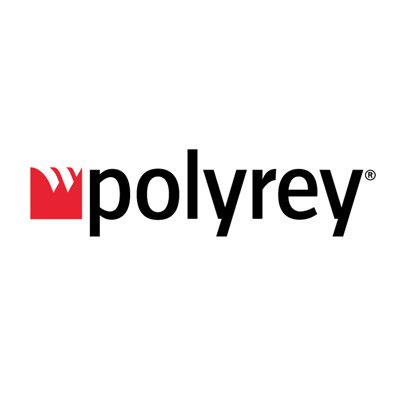 POLYREY PANNEAUX TECHNIQUES & DECO
About us Products Contact us

Service you can count on

The company POLYREY was originally founded by the Rey family in 1898, with its first factory in Couze, Dordogne, producing tannin, a polyphenolic compound extracted from wood and a key ingredient in the tanning of leather. In 1929 the company moved to the production of cellulose, used in the production of paper pulp, paperboard and card.

With 50 years of industrial experience to draw on, in 1956 the company began the full scale manufacture of high pressure decorative laminates, recognising the potential of this fashionable and functional material that had captured the imagination of designers and consumers to brighten up interiors in the post-war era of the Fifties.

In 1956 the company known as POLYREY PRODUITS FINIS BATIMENT was founded as part of the paper-making group Aussedat Rey. In 1972 a second factory was built at nearby Ussel, dedicated to the production of melamine faced chipboard, a strategic expansion to offer a broader range of decorative solutions.

In the 90’s Polyrey pioneered the concept of ‘complementarity’, the availability of the same designs across laminate, compact and MFC giving users the flexibility to cost engineer projects with the appropriate products, without compromising on design ethos or aesthetics.

Today Polyrey has 650 employees in Europe, with its headquarters in Baneuil (France) and a strong commercial presence throughout Europe, the Middle East and North Africa. POLYREY PRODUITS FINIS BATIMENT is part of the Wilsonart International company, an American leader within the laminate sector with a presence throughout the world, whose main shareholder is CD&R (Clayton Dubilier & Rice).

Panoprey® is a melamine faced board which is a decorative and economical solution that is easy to install and ready for use.

Subscribe to our Newsletter and
join a community of over 200,000 professionals!